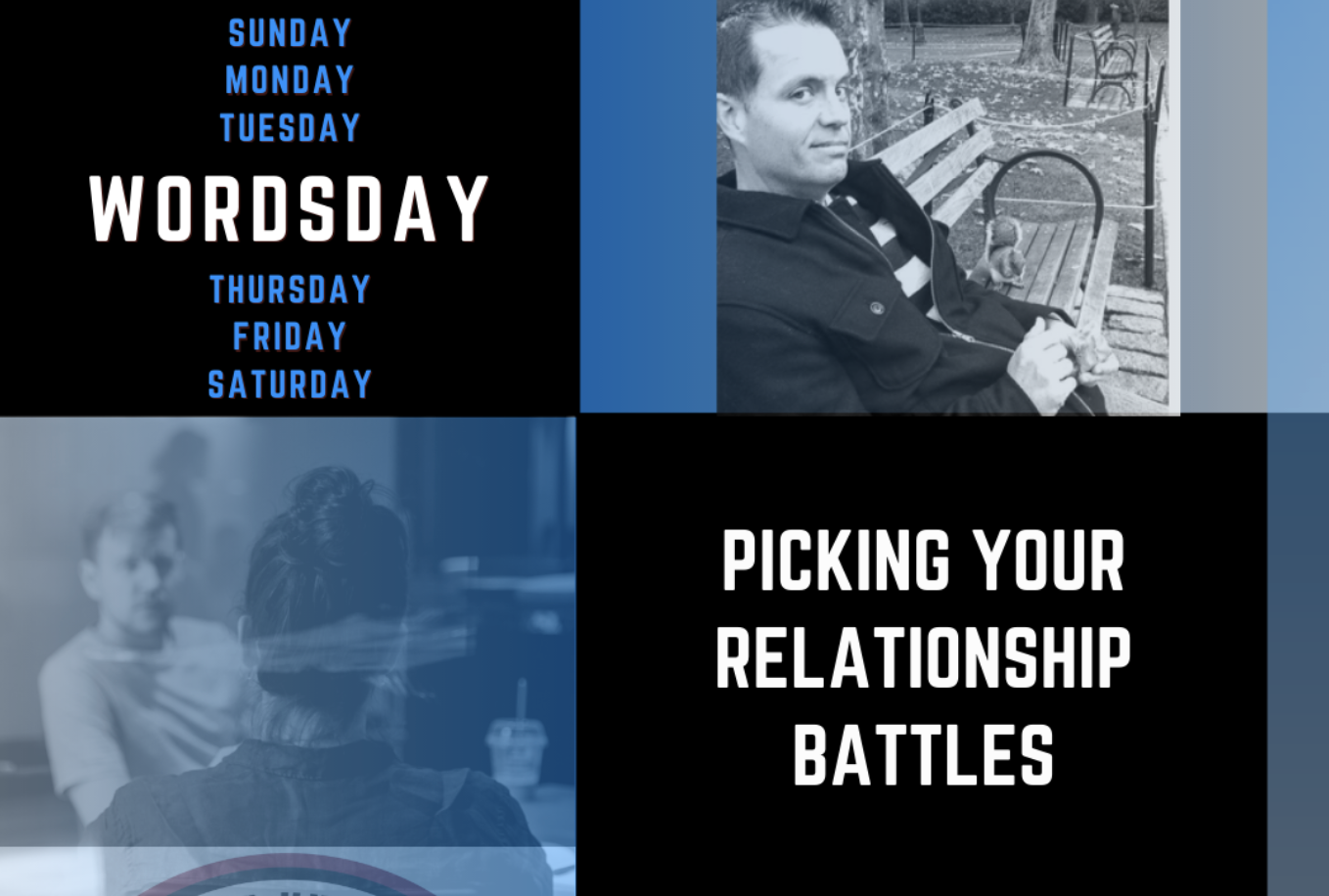 When I left the house that morning, I thought I was only running a few errands. Little did I know I was going to have a front-row seat to an epic life or death battle.

My first glimpse of the saga was nothing to write home about. I rounded a curve, and a sparrow was in the road. Yet, something about the bird drew my attention. At first, I could only see the sparrow. He would hop, then hop again, then again. As I came closer, the ensuing battle became real and clear.

As I sped closer to the action, my thoughts turned more to the sparrow. “Surely he will fly away.” No luck. That little guy was fixated on catching the grasshopper. I reached the two competitors and all I noticed was the crazed look in the eyes of the sparrow. As soon as the action passed under my front bumper, I quickly shifted my attention to the rearview mirror.

The last thing I saw was a floating puff of feathers.

“Picking your battles” is a great analogy, but historically, battles are focused on winning, breaking down, destroying, or conquering. In reality, when we are talking about a relationship with a spouse, friend, child, parent, or others we cherish, we are investing in a partnership we want to build or save.

When navigating a relationship conflict, some issues are just grasshoppers.

Maybe these five questions will help keep your “grasshopper” in check:

Will this struggle COST what I am trying to build or save?

Does this need to WAIT until another time?

Do we need to BACK AWAY AND RETHINK the discussion or focus?

Do I have enough in the tank to discuss this THE RIGHT WAY?

Does this need the eyes of a TRAINED professional?

Here’s to you, well, not getting your feathers ruffled.

Feel free to check out more from Jim at www.jimword.com